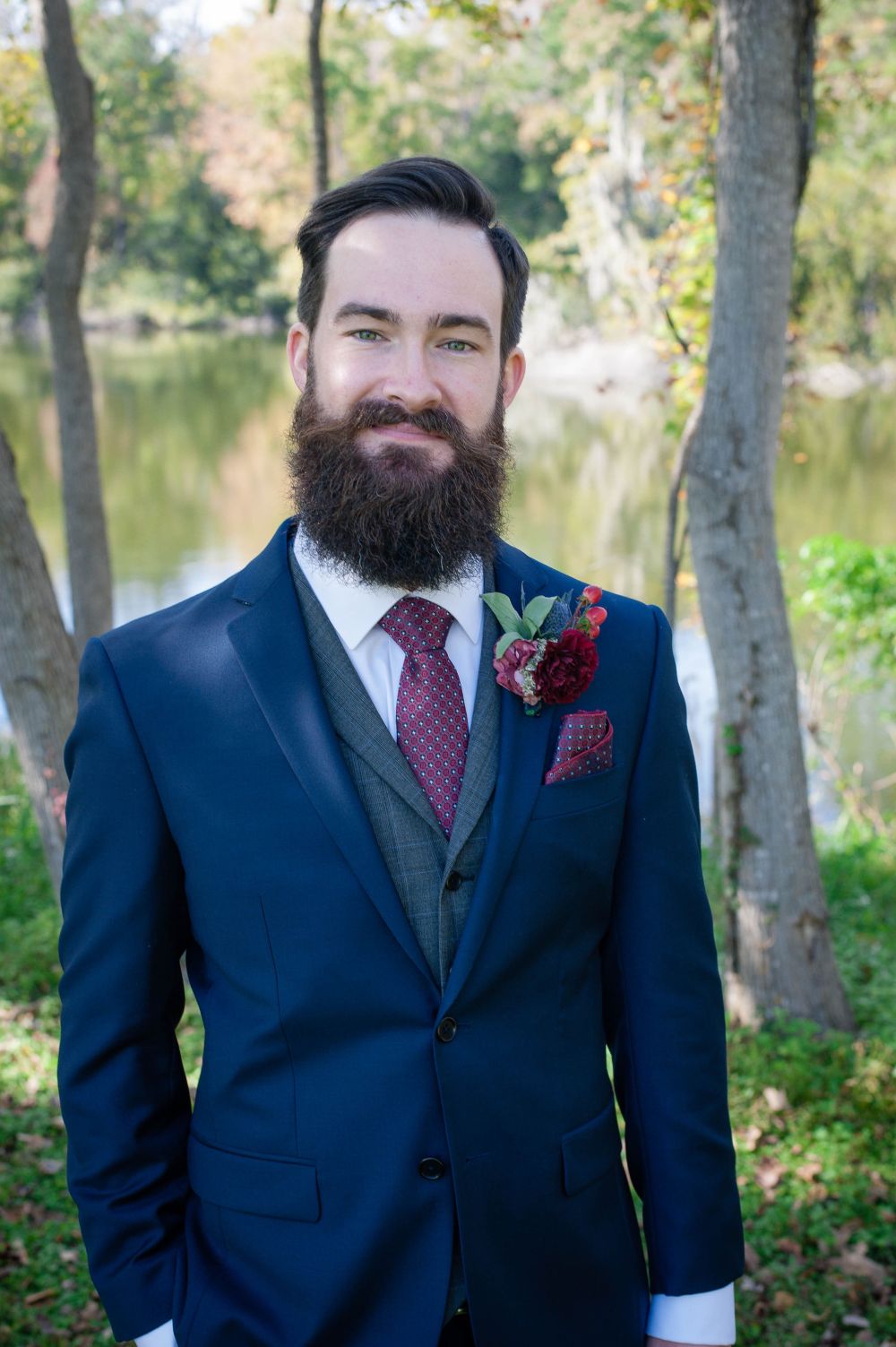 John C. Arnold is an up and coming screenwriter. I had the pleasure of interviewing him and wanted to share his insights into the film industry.

Please tell the audience about your background. (Who you are, any connections to filmmaking, screenwriting, etc)

I was born and raised in Vidalia, GA to two wonderful parents, Lee and Rebekah. I have no real connections to the film and tv world except for admiration.

I started seriously doing theater in high school. One summer, when I was 16, I auditioned for the community theater’s children show, The Hobbit. I was cast as Bilbo Baggins and was hooked. I joined the One Act group at my high school and dove deep into the world of performing arts. My first year of college, I attended a performing arts college in LA and was introduced to new writers, Arthur Miller, and David Mamet to name some, and that totally changed the way I saw storytelling. The summer after my first year of college, I felt led to move by east and go to film school to learn the behind the scenes of movie making. I was required to write some screenplays, read some screenplays, and watch a lot of movies — I guess I just fell in love with the craft. I pursued it after college as well when I attended a storytelling seminar. (I’ll get to that later)

In college, I was taught the idea “a good story, well told”. It’s stuck with me since. You may have a great premise and intriguing character, maybe even witty dialogue, but if you tell that story wrong it’ll fall flat. So finding the right style for the substance can be a challenge.

With that, it also comes structure. I’m a big fan of outlines — even if I don’t stick with them, which is kind of the case with my current screenplay, Out of the Valley (working title). I’ve spent more time on an outline and scriptment (treatment/script combo) with OOTV than I have actually written pages. But it’s given me a destination. Some people like to just get on the highway and drive until you find a place that looks interesting, which is fine, but I like to know where I’m going. Even if I take a detour to check out the scenery, I like to know where I’m parking the car.

So, when it comes to overcoming these things, the simple answer is hard work. 99.999% of the time, a screenplay will not just fall onto the page— even if the story you’re telling is a minute by minute recap of the most interesting person you know! I like to structure things. I have read many of the screenwriting guru books, which is another challenge to overcome, but one of my favorite of these is John Truby’s the Anatomy of Story. It really rocked my storytelling world when I read it. Truby lays out 22 steps that are all internally motivated by the hero of your story, making the story organically told from the inside out. His theory of the three-act structure is that it’s imposed onto the story by the author, therefore the story is being told where to have these big moments and breaks.

The competition is also an ever-growing challenge. When I lived in LA, it seemed that everyone and their mother had a screenplay they were trying to sell. Fifty or sixty years ago, a good movie was something that most people admired but never dreamed of attempting to create.

What inspires you with character development? 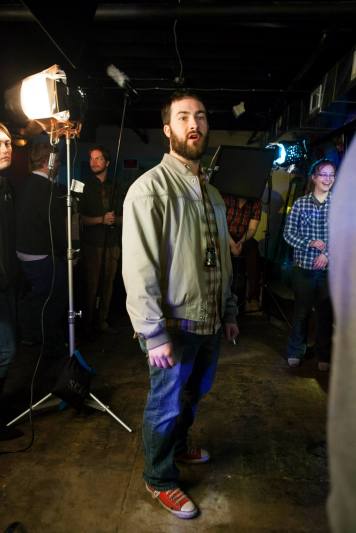 Who is one of your favorite characters and why?

At the time of this interview, I’m gonna say Walter White from Breaking Bad. This could very well change next week. He has such a dramatic arc that was paced out so well inside of the spiderweb of just as fascinating characters in that show. Walter’s character development obviously couldn’t have happened in a vacuum, characters like that need so much influence to push and challenge them. Pretty much every character on that show was necessary to Walter and the show’s success.

How are screenwriting and filmmaking different in storytelling than television, or short films?

Each shares the “every story has a beginning, a middle, and an end” idea, and follow a character(s) through change, or at least the opportunity and circumstances to change. I know that’s not the question, but I feel like we needed to get that out of the way.

As much as I love films, TV holds a very special place in my heart. For me, it started with Futurama — watching the Planet Express team — especially Fry — be a fish out of water in pretty much every circumstance through the seasons was special for me. What Cohen and Groening and their writers did with those characters really drew me in. They’re cartoons in outer space, yet they felt so human to me in many ways. Also, one of my favorite series finales ever.

Anyway, in Television, you get to watch characters grow in a way that you can’t do in the movies. The lives of the characters in the story go under a different microscope lens than their counterparts in the film — and I love it. Breaking Bad, a favorite of many, did that in such a new way that it became an epic.

Shorts are a different challenge altogether. Having to tell a full story in just a few minutes becomes even more difficult in choosing what information to convey, character development, and hitting each beat strongly enough to makes those precious minutes not feel wasted. 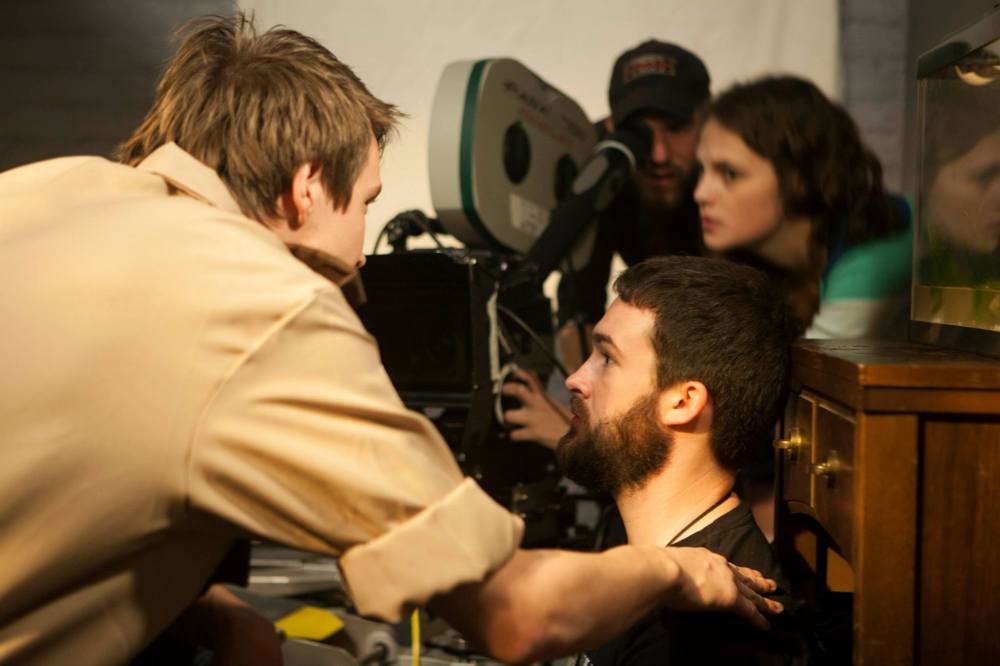 What does the world look like for you five years from now?

I hope that I’ll be a full time working screenwriter who’s also got time to explore playwriting. I’m working every day to build good habits to write as much as I can.

Where do you see screenwriting taking a turn in the near future and long term?

I think that big changes are already happening with all the streaming services. Limited run series that are kinda like TV where you can explore a character for a little bit longer, but not enough to make four or five seasons — in my mind, it’s like writing a five-hundred-page screenplay. I think that storytelling is moving to be more profound and rich in lots of ways.

What are some of the resources you use as a writer?

John Truby’s Anatomy of Story (book and Masterclass) His interviews on YouTube channel film courage are great.
David Corbett’s The Art of Character
Lessons from The Screenplay Youtube channel